It is 5:00 am, time to wake up and leave early , before the owner of the closed camp come and ask why we are sleeping in front of their closed camping place.

the next stop is a small city called Karumb, where we are going to have breakfast.The first thing we can see is a sign of a Mining museum , and when we drive to the direction of the sign , this is what we can see as the museum , a steam machine . Everything here has something to do with mining.

Norman river passes the city and flows to the Gulf of Carpentaria. it is said that there are deadly crocodiles living there. walking on a small harbor on the river I can see a warning of Crocodile and also some live big Jellyfish . But I do not see the crocodile itself, maybe next time . 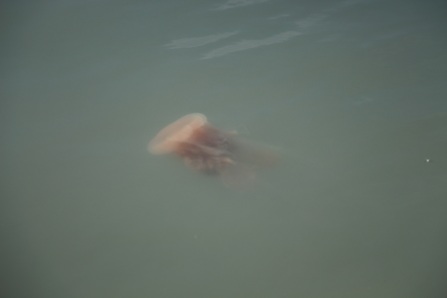 after breakfast we drive back to Normanton. where we can see Krys The Savannah King. Krys The Savannah King is an accurate artist’s impression of the largest recorded saltwater crocodile captured in the world. The poor Croci was shot on the MacArthur Bank , Norman River , down stream from Normanton in July 1957by Krystina Pawlowski, one of the many crocodile shooters operating in the area at that time.The crocodile’s name reflects the feats of this lady. 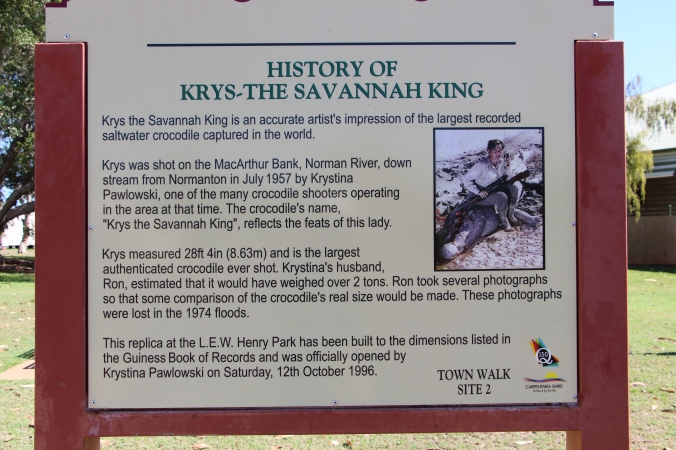 driving further on the city, we arrive on the Normanton Railway station , where has a different definition of railway Traffic comparing with railway stations I have seen in Europe or even my own country. 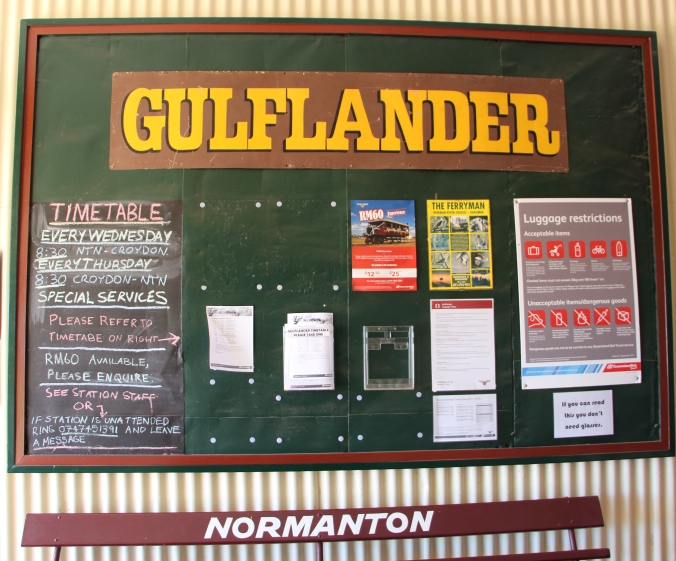 after looking around in the station, we drive to the next stop, which is a Camp, but a historical camp, Camp 119 related to Burke and Wills Expedition.

Robert O’Hara Burke (1820-1861) and William John Wills (1834-1861) were Australian explorers who were the first Europeans to cross Australia from south to north. They both died on the return trip, from exhaustion and hunger. If you are interested to know about them and their history, you can easily click here. 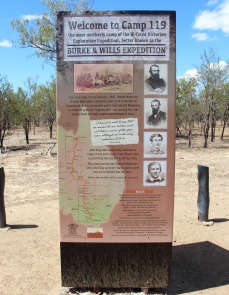 Now we are driving toward Leichhardt falls. I do not expect much water in the fall in this time of the year. On the road , there is a car that i believe has been there for some years now, and we pass some cow herd.the cows are trying to rest under the weak shades of slim trees when the temperature is , i think , between 35 to 40 degree. Poor animals.

what i imagined is true. when we arrive at the fall we just see stones and a bit of water. But the whole view is amazing. I can see a colorful small bird, that I do not know its name, but i could capture him. 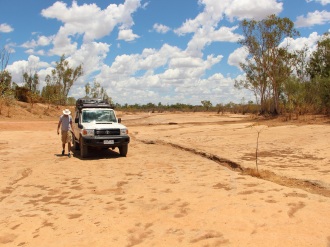 The next stop will be Burketown, where we will have short break for lunch and we continue to Gregory Town and to Adels Grove camping ground on Lawn Hill Park.We stay tonight on the camping ground. 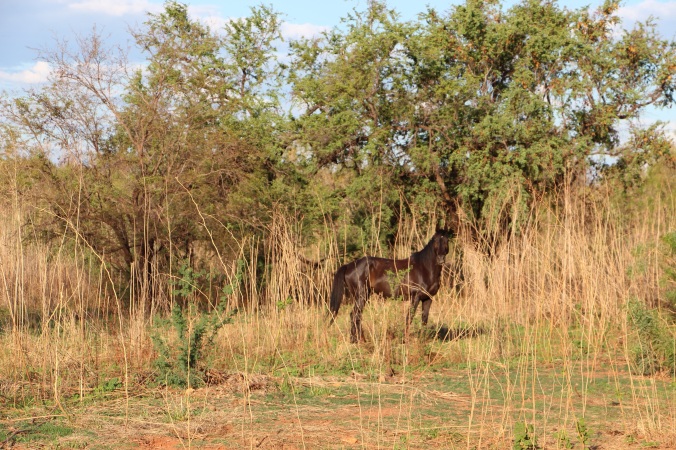 seen on the way to Adels Grove