we stayed the night in Mc Arthur River Carvan Park. This time also we arrived later , but we are lucky that the people who are working in the camp are nice and accept us for the night. actually the lady who helped us, told that she is doing it with all lat comers, and when we explained in another city we arrived late and nobody answered our phone call , she was surprised. ” People Travel, you know” she said.

like all other days,  we wake up early and  drive further  . it takes only around 30 minutes to reach Our first stop ,Caranbirini Conservation Reserve, where there are three different walking pass available to see around the park. we decide to go for Barawulla Walk and then after see the waterhole.

starting the walk, we just see bushes and trees small and a bit bigger .  The temperature is around 35 to 40 degree centigrade. 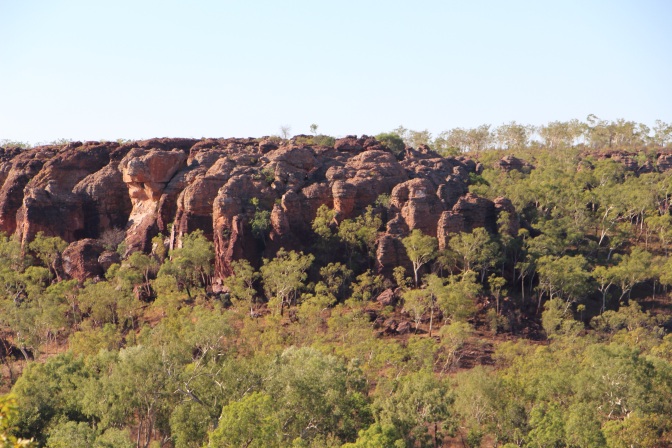 But   after around 50 minutes walking, the view changes in a  very interesting way, where the Organ pipes appear.

after the first walking tour, we have some time to sit beside the water hole and have a look at the trees and ducks relaxing on the water.

Due to car rental terms and conditions we are not allowed to drive to Lost City , But instead we decides to drive to southern lost city which is smaller than the main one, but it worth seeing. 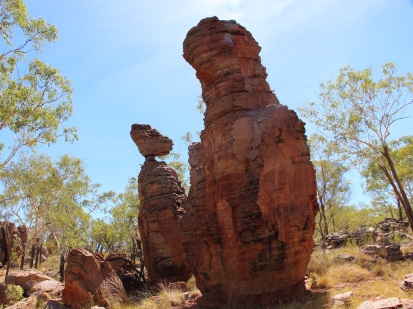 The walk around southern lost city took about one hour. Now we are on the way to see the butterfly fall, where I believe we will not find any water or any butterfly. 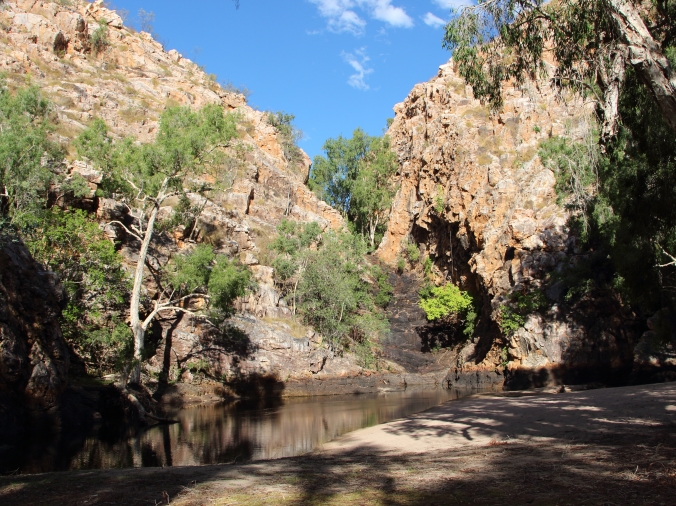 On the way to Towns River, we stop on Cape Crawford to have a short stop and lunch. after lunch we drive through Limmen national park toward the final destination for today , Towns River.  we pass a crocodile sign beside a small creek , and some kilometers after Ivan who drives the car now, stops.

-what do you stop? I asked.

-Let’s have a look at the wheels, something is wrong, he answered.

yes, now we have a flat tire, which we have to change with the extra one we have on the car. It means driving to the next stop with no extra tire, on the road with sharp stones almost everywhere. 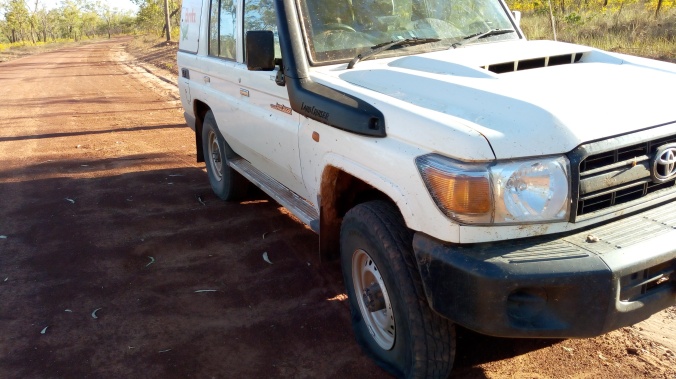 Even if we lost some minutes to change the flat tire, we have enough time to reach Town River.